Written with longtime collaborator Efthymis Filippou and featuring Oscar-nominated actor Matt Dillon and Daphne Patakia (Winner of the EFP’s Rising Star in 2016), the twelve minute short film tells the story of a professional cellist and an encounter he has on the subway which has unexpected and far-reaching ramifications on his life. Living firmly in Lanthimos’ unique cinematic universe, the film asks questions about identity, perception, relationships and circularity. 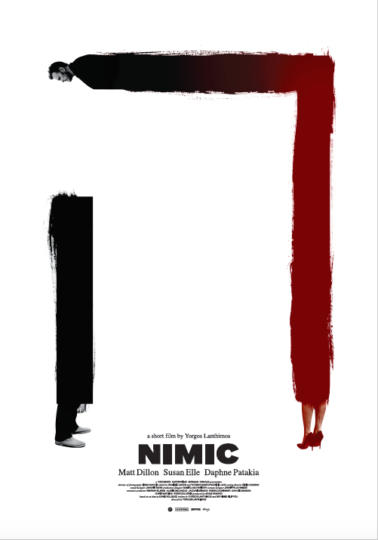 Yorgos Lanthimos says of the film “I was glad to be given the opportunity to work on a shorter format that can be sometimes challenging but quite rewarding. We developed a script starting from a very intriguing initial idea and concept, and enjoyed great creative freedom during the realisation of the film. It is always very exciting to be invited to think outside the box and wrestle with stimulating ideas.”

“It’s rare that an established director like Yorgos makes a short film and I was happy to be part of it,” said Matt Dillion. “Yorgos likes to take chances and give the audience something to chew on.  It’s kind of a surreal film with universal themes of family and identity. The structure is a bit of a puzzle so you’re never quite sure what’s really going on. I had my own ideas and would ask Yorgos but he would just smile and say nothing. I think he prefers to let the film do the talking.”

Added Daphne Patakia, “I was very impressed by the way Yorgos is invested in the work he does; it is very inspiring to me as an actor. Sometimes he would direct us with just one word or music. I never really understood what it meant but by applying it I was really surprised by what would happen. Yorgos told me a lot about films and other directors with a lot of passion. He even gave me a small lesson on camera lenses. I feel very fortunate to have had the opportunity to work with him in this film.

NIMIC is an AdAge Editor’s Pick, read the full article here. The short is also featured in Muse by Clio and Adweek.