Little Black Book chats with director Kiku Ohe and Exceptional ALIEN co-founder Justin Drape about the making of “I Still Call Australia Home,” a reboot of Qantas’ 35-year old anthem. The two traveled together for about twelve months to shoot the film, which showcases the spirit of Australia as the world starts traveling again. Read the full interview below.

LBB> What was the brief for this campaign and what were the conversations surrounding it?

Justin> The original objective for this campaign was to celebrate the Qantas 100 year anniversary, which is an inspiring Australian story in itself; a story of innovation and perseverance, how a modest air mail service founded in the outback Queensland and Northern Territory Aerial Services (QANTAS) eventually became our national airline and now flies over 50 million passengers a year. Then the pandemic abruptly changed the world and travel as we know it. As a result, the focus of the campaign turned to the power of human connection – and how, when all is said and done, travelling for family, friends and community is what matters most.

LBB> What are the biggest hurdles that brands and travel campaigns will be facing at the backdrop of the pandemic? Does it seem that people are keen to take off again?

Justin> One of the biggest hurdles brands face is normalising travel again in the minds of customers. As the world has changed, so too has our traveller mindset, and the assurance versus risk calculation is a huge part of this shift.

Campaigns and strategies that may have worked in the past need to be reconsidered because even though people are still hungry to explore the world, their comfort levels have changed, along with their priorities. People want travel recommendations from folks who they believe and trust. They want authentic cultural experiences, connection to community and personal growth. For so long, the travel industry has been dominated by a pay-to-play artifice and exclusionary aspirational ideals, but in the shadow of the pandemic, these skin-deep quick wins seem shallow to people who are now seeking depth, and meaningful connection to people and place.

LBB> Tell us more about the shots in the film – there are some incredible cinematographic nature shots, where are those and how did you put them together?

Kiku> The diverse and vast Australian landscape is key to the Australian identity. The film opens on Uluru, the red heart of Australia, a monolith over 500 million years old.   We also feature Longreach, the birthplace of Qantas, Hutt Lagoon in WA, Cape Raoul in Tasmania, Melbourne, Sydney Harbour, Bondi Icebergs and Whitsundays.

LBB> Tell us more about the track and singers.

Kiku> The original track is by Peter Allen, and is widely regarded as an unofficial anthem for the country. The emotion of the song resonates with so many people, and holds a special place in the Australian psyche.

Justin> Having worked with Elliott (Turner) on successful projects before, we knew that he’s able to get beautiful power and emotional performances from musical talent and, in this case, Elliott and Cam (Bruce) created a stunning version of an iconic song. They’re both gifted musicians in their own right and they’re so respectful to the music and the people they work with. Their process of creating a composition is a wonderful experience to be a part of. El’s one of the best Musical Producers in the country.

LBB> What were the most challenging aspects of this campaign? What about the most fun ones?

Kiku> Filming in some of the remote locations like Cape Raoul was a logistic challenge. Unifying the diverse elements of the film into a cohesive whole was also a challenge but equally a great joy.  With a diverse cast ranging from the talented Qantas choir, the real community of Longreach, elite athletes and seasoned performers like Hugh Jackman, Kylie Minogue and Troye Sivan we had to ensure the performances complimented each other.

LBB> Tell us more about the previous versions of I Still Call Australia Home and how they tie in together with this one?

Kiku> Each campaign holds a special place in Australia’s history. Being part of that lineage is a real honour.

Justin> The first ‘I Still Call Australia Home’ Qantas ad was launched in 1987 so, as a kid growing up in this country, the ads were iconic and moving, and they helped shape our view of the world. As the custodians of this latest chapter of the campaign, we felt the responsibility and expectations of living up to what had been created before us. Kiku and I often spoke about this throughout production, and the importance of being respectful to the past, while also creating a contemporary story of, and for, Australia today.

For everybody involved, it felt like an honour and great privilege to contribute to this ongoing narrative more than 35 years after it was first launched.

LBB> What was it like working with the choir and why did you believe they were essential for the mood of the film?

Kiku> Working with the ‘Qantas choir’ was a wonderful experience, they are the thread to all the ISCAH campaigns so we wanted to represent the modern faces of the choir – which Is made up of a talented mix from the Australian Girls Choir, National Boys Choir and Gondwana Choir – their spirit is an essential element to the emotion of the film. Capturing this spirit was a collaboration with the brilliant music producer Elliot Wheeler.

Justin> There were so many moments throughout production that moved us while recording the kids from the choirs. At the first studio rehearsal and recording there were a couple of takes when anybody listening and watching the kids sing was either crying, or sitting still and thinking ‘Wow!’ I remember one moment, in the studio in Melbourne, when Cam Bruce (music producer) turned around and looked at us with a smile that said ‘how amazing is this’. At moments like this, you feel like you’re part of something special.

LBB> Did travelling to produce this campaign also influence the creative?

Kiku> The majority of locations we feature are Qantas’s key travel routes. We also wanted to showcase the cultural heart of Australia and Qantas’s birthplace Longreach.

LBB> Can you tell us more about your own personal travel experiences and how they inspire you creatively – what does travel spark for you as creatives?

Kiku> The different emotional experiences that travel brings is an infinite source of inspiration.

Justin> (laughs) I should offer a disclaimer here… Since working on I Still Call Australia Home for Qantas, I’ve left the agency and I’m now co-founder of Exceptional ALIEN – a growing global community of people who love travel and creativity, so there’s a lot I could share. We curate travel through the lens of these exceptional creators.

I’ve always found that experiencing the world through diverse perspectives helps me grow personally and professionally – and new cultures, people, places and stories are continually inspiring. 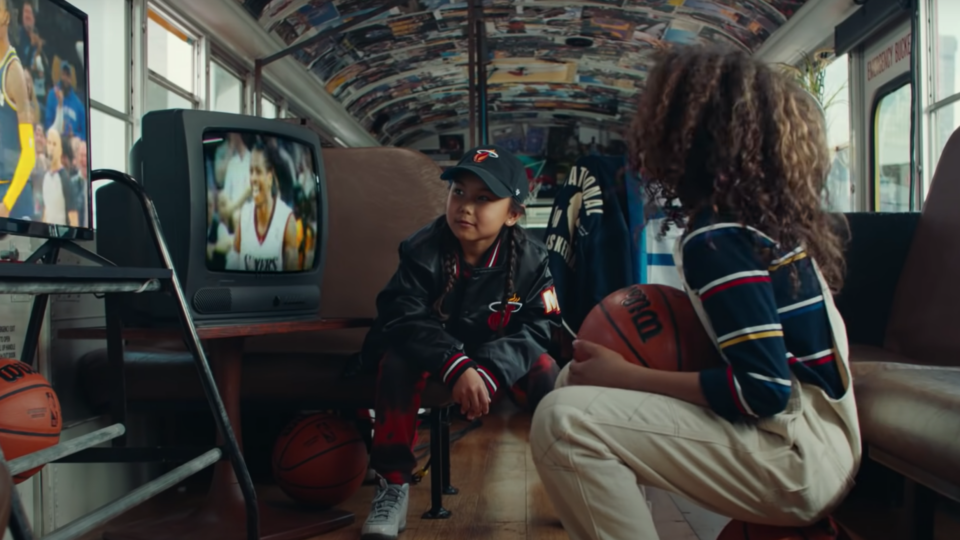