Paul Thomas Anderson speaks to Variety about directing Thom Yorke in the ‘breathtakingly beautiful’ “Anima” for Netflix and IMAX.

How many people will get to see this in IMAX?
We have these screenings Wednesday, all over the world — probably about 40 cinemas. And then it will just be up to a theater exhibitor’s discretion, really. It’s kind of a hard thing to try to fit in front of a lot of the films that play in IMAX right now. You probably wouldn’t want to see it in front of “Spider-Man.” So they’ll have it and they can play it if it fits. But yeah, hopefully, there’ll be a lot of people that see it like this, then they’ll have it on Netflix, and it’ll have some kind of repertory life where it can on IMAX.

Do you feel like it stands as an independent piece apart from the album?
Well, they are independent — they’re separate things — but they’re definitely companion pieces. I mean, ultimately any kind of music video is to guide you toward the record, and not something that you can hold in your hand and take with you. But it’s all Thom. So much of this stuff is directly from Thom’s brain. A lot of the premise of this comes from Thom and this choreographer Damien Jalet, who he worked with on “Suspiria.” They really got along on that and felt like they had unfinished business and still want to continue that collaboration. So I was kind of a third wheel to that. They knew they wanted to do something but weren’t quite clear about what it was. We knew we wanted it to be more than one song. So it just sort of tumbled forward, one thing after another. That’s really how it all came about. We started talking about it in December, and now here we are, in whatever it is — June! — it all came together quite quickly.

You have the shooting dates on the end credits and also on the EP that was given out to attendees tonight. It was shockingly recent.
Yeah, I mean, we just shot it like a month ago. [The filming dates are listed as May 11-19.]

Was it a big, big production? It seems kind of epic.
Probably not as epic as you think, but it felt epic, just because there were so many moving parts. Just so many dancers. There were two different countries. We went to Prague and we went to this beautiful museum in Les Baux where we did all that cave work. It was an amazing place. It’s sometimes shocking to turn around and see that many people for a 15-minute piece.

It is a really long end-credits scroll.
I know. Well, that was the horrible thing: You thought, like, “Are we making a 15-minute film with two hours of credits?” A these dancers and all these people… In Czechoslovakia, basically, you hire one person and you get four of that person’s family to come help, to watch that one person do their work. It was a great place to work, though.

The film gets surprisingly romantic. When we think Thom Yorke, we think anxiety, and there is definitely a lot of that. But it’s almost like Thom Yorke as a romantic leading man for a while there toward the end.
Yeah. Well, Buster Keaton would always do that. There would always be some scene where Buster Keaton is slightly romantic. But that last song, “Dawn Chorus,” is amazing — which I don’t know if that’s been played before (in concert) or not. I don’t think it has. It’s really, really so beautiful.

So Thom Yorke is Buster Keaton — that’s something we can take away from this?
Well, he has that similar thing, doesn’t he? Like, physically. He’s amazing with his body —very, very physical. I just kept saying, “More Buster Keaton, more Buster Keaton!” It seemed to fit. 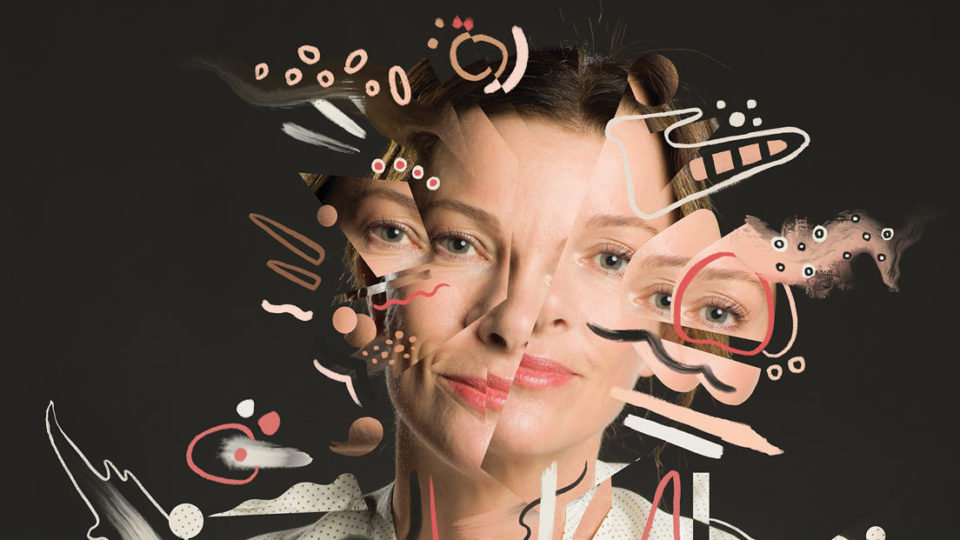