Hannah & Adriana chat with shots about comedy during the internet age, what Saturday Night Live has taught them about collaboration, and how to become funnier than your neighbor’s 12-year-old kid who downloaded TikTok last week and has a million followers.

Hannah and Adriana show up to the zoom call, hailing from living rooms in LA and New York.

Inspired by early 2000s sitcoms like 30 Rock, Parks and Rec, and The Office, they first started their careers working at satirical newsblog, The Onion. They later moved to Funny or Die as editors, and as the only two female editors in a bro-y environment, they became fast friends, not just because they were women, but because they were both undeniably funny and charming.

They had aspirations to write and direct, and got a few chances at FoD, giving them the credits necessary to move into commercial work via Superprime, and now they’ve landed a gig at SNL as directors. The schedule for SNL is, if you didn’t know, fucking intense. After a summer off, they’re heading into their season.

They get three weeks on, two weeks off, but those three weeks are non stop work. They get copies of the sketch scripts from the writers Tuesday, then attend the Wednesday table reads, which is when they get their sketch shooting assignments. Wednesday night, they immediately go into pre-production. Thursday is location scouting and set development, and then rewrites at the second table. Thursday night, every ball is rolling, and they shoot on Friday, editing all the way up until the show airs on Saturday night. Not-quite-live, but close enough.

As I’m staring at the two young women in shock they laugh it off. “It’s not so bad,” Hannah says. “We get to do SNL. And we’re still doing commercials work on the side.” I’m assuming this means that they have no free time at all, even during a pandemic, and I’m not sure how they’re managing to work on their own narrative work in between all of this. Magic, I suggest.

No, just the internet.

“We’re lucky,” Adriana mentions,”we live in the internet age, where comedy can be constantly streamed on-demand. You can go onto YouTube, or Twitter, or TikTok and see nonstop sketches, improvised, scripted, and stand up. It’s everywhere, and it spreads. Vines become compilations on YouTube, get ported to Twitter, where they are screencapped or Gif’d and sent to tumblr, where it goes through another round of dada additions and edits, and is finally screencapped (with reactions) and sent to Facebook.” The process repeats.

The internet has become a great equalizer. There is no longer a monolith of comedy or, really even a culture. Adriana notes that in the 80s and 90s, and even before, people got their memes, their viral moments, and their repeatable jokes, from SNL. “People would wait around and see what the late-night talk show host had to say, what the guests did to make fun of current events, and it all stayed pretty localized to scripted television comedy.”

“Which,” Hannah reminds us, “was pretty much all white men until very, very, recently, and even now there are only exceptions to the rule.”

Nowadays, comedy gets shared and spread around, so even if you’re not on TikTok you’ve probably seen some of the viral videos. And often, even when someone doesn’t know what a meme or joke is referencing, or if you don’t know the origin of a punchline, that individual thing is still funny. It’s why single-panel comic strips are a thing. You can still see what’s funny about the bit even if you don’t have that book checked out of the library. There’s a decentralized sense of humor that’s come from social media, and from the internet at large. Twitter is, as the kids, adults, and corporations with Twitter accounts say, free.

They get into it. Here, Hannah talks about how the vast, ever-expanding internet of memes shapes the mainstream. With all this interconnection, comedy silos and elitist structures about who gets to make jokes, who gets to be funny, who gets an audience, are breaking down, she explains. Everyones talking about this new way of spreading work and information that literally everyone is still learning about, and learning about constantly.

A perfect example is happening now – we’re getting a whole new slew of Avatar: The Last Airbender memes, nearly 15 years after the show first aired. The renaissance, the fandom, the in-jokes, they’re all just coming back. Videos, animations, and vines about Avatar just keep coming out, but now it’s all based on modern conventions and modern ideas. The internet of comedy just grows and grows, she gestures with her hands, smiling, and it’s just as funny as if they were making memes about She-Ra.

There is a symbiotic relationship between the internet and commercial comedy. It comes through in the ways that new directors reference each other throughout creation. Both Hannah and Adriana, as SNL sketch and commercial directors, know a thing or two about collaboration. It’s obvious in their work that they feed off the performers, encouraging them to be as ridiculous as possible.

Speaking of ridiculous, I ask about political humor. Eyerolls all round. All three of us are millennials, and we have a collective disdain for a certain world leader.

Adriana sighs and says, without a beat, “Traditional comedy doesn’t work for Trump.”

She explains. When writing comedy about politicians, the focus is on a heightened, absurdist reality. You have to highlight the things that the politician is doing in such a way that it seems utterly ridiculous, and that’s when it becomes funny. It’s how satire works. But, she says, Trump is so absurd that he can’t be heightened further.

Hannah chimes in. “We tried to make a skit about how when Puerto Rico needed relief Trump would just show up, drop off some TP, and run away, without providing any aid at all. But, then Trump literally threw a roll of paper towels! Like our sketch was his actual, earnest, live response. Our skit didn’t work because it couldn’t work, it was too close to the reality of the situation and at the same time it just didn’t push the absurdity far enough. We scrapped it entirely because…the man basically threw a roll of paper towels into a refugee camp and then claimed that he helped. Come on.”

I point out Sarah Cooper’s viral lipsync of Trump speeches, and Adriana jumps. “Sarah Cooper’s lipsync taps into that exact, immediate moment. It works because it’s actually Trump.” There are blurry weeks where you read the news about Trump and you wonder, is this real? His Twitter accounts alone is something you’d expect in an Orwellian novel or a YA Dystopia. Nothing but jingoisms and propaganda. “Where’s Jennifer Lawrence when you need her?”

We turn back to ads. Hannah mentions that more and more ads are basically becoming comedy sketches. There’s a premise, jokes, a twist, a finale. Voila. Comedy. People, Adriana says, ultimately don’t care about the product. They care about the ad.

I ask what makes a good comedy ad, and immediately I have advice. They want it to be sharable. The internet of comedy must be short, responsive, and social. It’s cyclical, self-referential, and anything is fair game, with the right angle. Adriana points out that ads are also becoming more widespread. They don’t just live in between pieces of media we actually care about.

“Things should just be weird,” Hannah says. She recalls the Skittles commercials of the 90s. “They were so strange and odd and weirdly, ahead of their time. Lots of not-quite-adult products of that age felt like they came out of another dimension”. The Gushers commercials that had kids’ heads change into fruit? That stuff is nightmarish and also ridiculously funny. “I often felt like that sort of comedy really shaped a lot of comic sensibilities. Funny is funny. It doesn’t need an explanation,” she says.

Hannah laughs, “I’m a little afraid of the next generation – they’re so aware, and they have such a huge platform.” It’s intimidating, and also an honor to realize that these are the people that you’re making work for. “Not to mention,” she adds, grinning, “it’s hard to compete with a funny 12 year old on TikTok.”

Creating content has become more nuanced, and also, less intensive. The tools are becoming universally known, the tricks are less regulated to one industry, and people are starting to teach themselves. The kind of special effects that kids in high school are using in their short videos are pretty impressive. Both Hannah and Adriana say that they’re excited to see what the Zoomers do with the universality of language that they have been given, the internet of comedy at their disposal.

Adriana explains, “they’ll have all these viral videos that are just lodged into their brain forever. They will have this massive library of internet culture and history just living there.” Millennials were the first to really integrate tech into our lives, but Zoomers were born holding an iPad and asking Google for answers. “It’s going to be wild. I can’t wait to see what they do with the internet, what they’ll make go viral next.”

It’s at this point I fail to mention that the youth have already started referring to the actual modern virus as “the spiky boi.” That piece of knowledge just seems like too much for the moment.

Hannah mentions one incident when they pitched a sketch to Usain Bolt’s team. They got notes back, and at the end of it was a line: ‘We don’t think these pitches will go viral.’ The two women practically froth at the mouth. “What does that even mean?! How do you know?” Hannah asks, laughing. “There’s literally no way to tell what will and won’t go viral. It’s such a strange, nebulous definition. Is it one million views? Two? Ten?” Adriana responds, grinning.

I ask if they were disappointed not to get the job. Adriana shrugs.

“It doesn’t matter now. Besides, it’s kind of a funny story.” 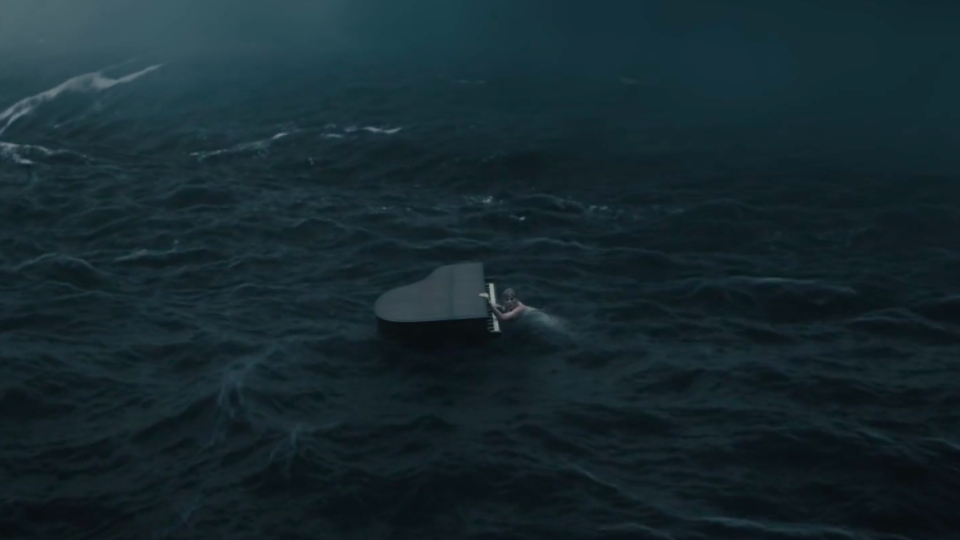